get ready to SCREAM 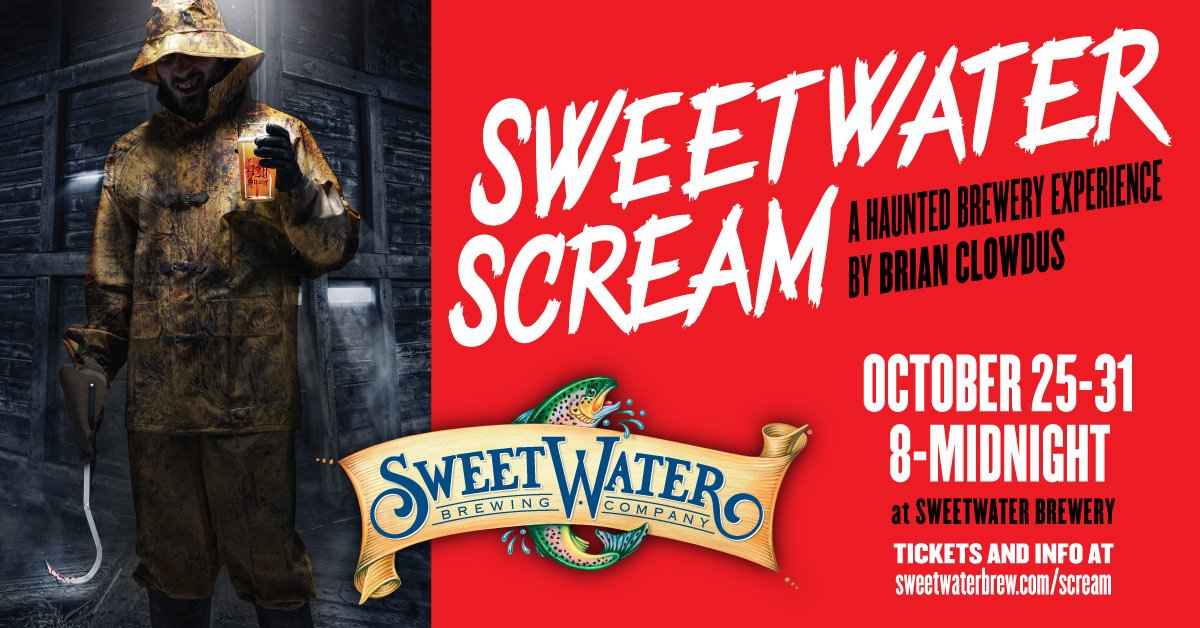 The Fisherman wants to claim what is his… With the launch of SweetWater’s new 420 Strain G13 IPA, the past has been summoned back to life in a bone chilling renegade. Enter into the guts of the brewery on a quest to rescue the G13 in an interactive haunted journey. Stay strong along the winding paths of darkness and confusion by hitting up our 420 refueling stations. Don’t get too relaxed though… the fisherman and his hook are in the dark and looking for YOU!

Hold on to your G13 IPA (or any of your other SweetWater favorites) as you wind through the production facility, witnessing the creepiest haunted crawl of the year.

ABOUT BRIAN CLOWDUS:  Brian Clowdus is the founder and executive/artistic director of Serenbe Playhouse, the nation’s premiere outdoor site-specific theatre company.   Brian is also the CEO of Brian Clowdus Experiences, which is taking his environmental work all across the county.  Among many accolades and positive reviews in national media, Brian was named the Top Artistic Director in Atlanta and one of the Most Influential Atlantans in the Entertainment Industry.