Still not floating the mainstream… now floating high above it. 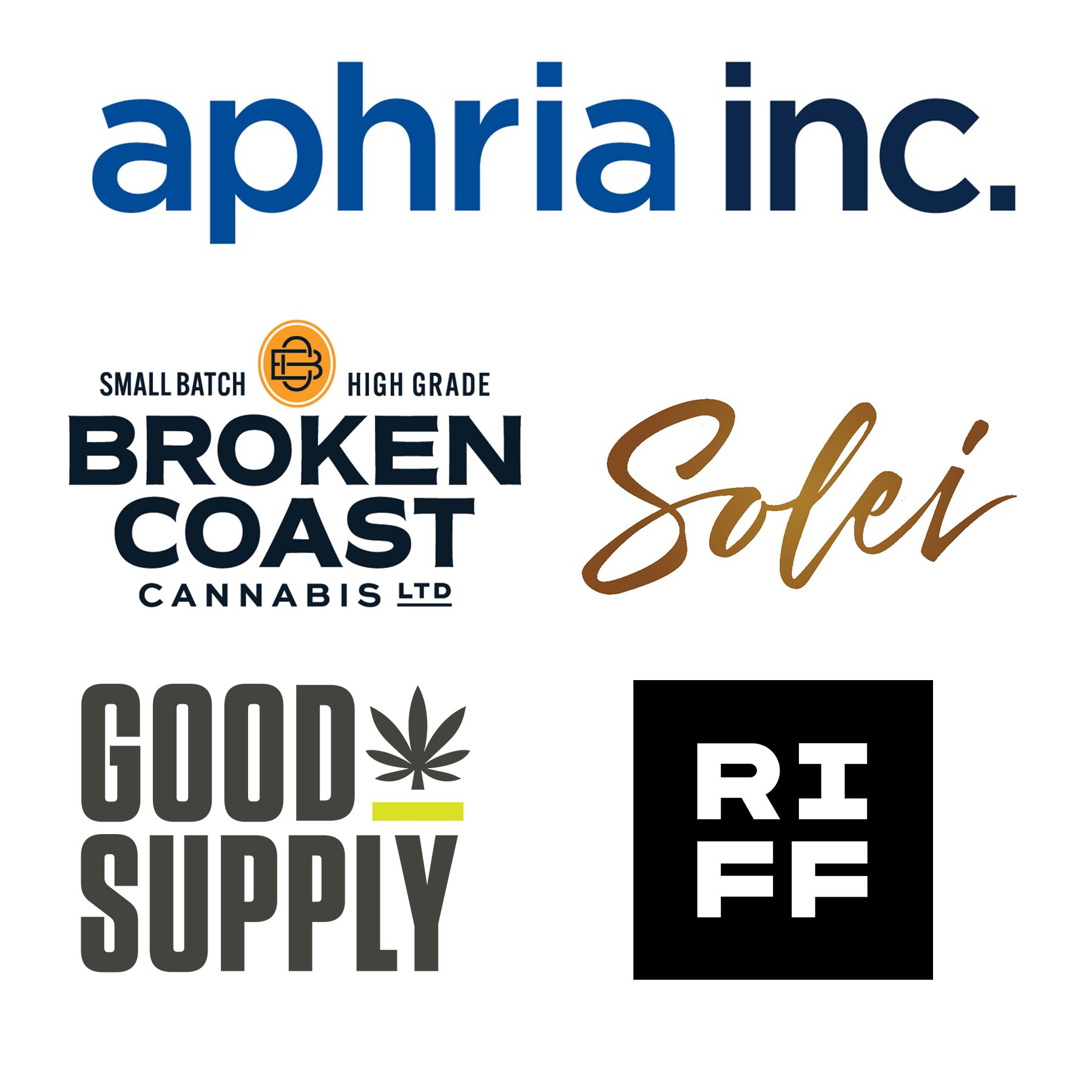 Introducing our new joint adventure with Aphria, a worldwide leader in cannabis.  We share their belief that craft beer and cannabis go hand-in-hand, and are honored they chose SweetWater to be their partner.  Learn more here or read on below.

Leamington, Ontario – November 4, 2020 – Aphria Inc. (“Aphria” or the “Company”) (TSX: APHA and Nasdaq: APHA), a leading global cannabis company inspiring and empowering the worldwide community to live their very best life, today announced it has entered into an agreement of merger and acquisition (the “Agreement”) to acquire SW Brewing Company, LLC (“SweetWater Brewing Company” or “SweetWater”). SweetWater Brewing Company is one of the largest independent craft brewers in the United States (“U.S.”) based on volume. Beginning with the flagship 420 beverage offerings, SweetWater has created an award-winning lineup of year-round, seasonal and specialty beers, a portfolio of brands closely aligned with a cannabis lifestyle. The approximately USD $300 million acquisition has been unanimously approved by Aphria’s Board of Directors and is expected to close before the end of December 2020. Aphria expects this acquisition to be immediately accretive to EBITDA and diluted earnings per share. All dollar amounts in the press release are expressed in U.S. dollars unless otherwise noted.

Founded in 1997 by Freddy Bensch, SweetWater has broad consumer appeal and has established strong distribution across 27 states plus Washington, D.C. and has ample capacity to support distribution efforts into new geographies, with limited capital expenditure. From its state-of-the-art brewery in Atlanta, Georgia, SweetWater produces a balanced variety of year-round and seasonal specialty craft brews, with SweetWater beverages available in approximately 29,000 off-premise retail locations ranging from independent bottle shops to national chains. SweetWater’s significant on-premises business allows consumers to enjoy its varietals in more than 10,000 restaurants and bars.

In addition to its traditional distribution footprint, SweetWater 420 Extra Pale Ale and IPA are served on all Delta flights nationwide plus internationally totalling more than 50 countries across six continents which have served to extend SweetWater’s brand reach on both a national and international level. The Company also hosts an annual music festival, “SweetWater 420 Fest,” that has evolved into one of the largest and most anticipated music festivals in the U.S., increasing brand awareness nationwide. In 2019, the 420 Strain G13 IPA became the top new craft brand in the U.S. in the first 12 months after its launch. In addition to branding, SweetWater’s various 420 strains of craft brews use terpenes and natural hemp flavours that, when combined with select hops, emulate the flavours and aromas of popular cannabis strains, to appeal to a loyal consumer base that made the 420 Strain G13 IPA their #2 best-selling beer and #1 best-selling new craft beer in the U.S. For the year ended December 31, 2019, SweetWater Brewing Company generated net revenue and adjusted EBITDA of $66.6 million and $22.1 million, respectively, and production volume increased 7% year-over-year to nearly 261,000 barrels, twice the growth rate of the craft beer market nationally, according to the Brewers Association.

“Our strong balance sheet and access to capital have enabled us to enter the U.S. through this strategic and accretive acquisition. We will establish and grow our U.S. presence through SweetWater’s robust, profitable platform of craft brewing innovation, manufacturing, marketing and distribution expertise. At the same time, we will build brand awareness for our adult-use cannabis brands, Broken Coast, Good Supply, Riff and Solei, through our participation in the growing $29 billion craft brew market in the U.S. ahead of potential future state or federal cannabis legalization,” said Irwin D. Simon, Aphria’s Chairman and Chief Executive Officer. “We look forward to building upon the strengths of each of our respective and complementary brands, diversifying our product offering, broadening our consumer reach, and enhancing loyalty with consumers.”

“We are excited to welcome Freddy and the entire SweetWater team to the Aphria family,” continued Simon. “As a purpose-driven company, Aphria takes great pride in leading with our core values and is committed to changing people’s lives for the better by investing in our products, our people and our planet – a sentiment SweetWater completely shares with us.”

Freddy Bensch, SweetWater’s Founder and Chief Executive Officer, commented, “We are excited by the opportunity to join a leading global cannabis company and build a successful future based on the strengths we both bring to this combination. Our 420 brand offerings and SweetWater 420 Fest complement Aphria’s cannabis business and create mutual opportunities for accelerated expansion into other cannabis- and beverage-related products in the U.S. and Canada. We will leverage our growing beverage offering and build an even stronger, more diversified company with a continued focus on authentic and distinctive brands using some of the freshest, most flavorful ingredients to create innovative and high-quality beverages including beers, seltzers, spirits and non-alcoholic beverages that our loyal and growing consumer base has come to expect from SweetWater.”

Strategic and Financial Benefits
In addition to acquiring a strong brand and accretive business, this strategic acquisition positions Aphria with a platform and infrastructure within the U.S. to enable it to access the U.S. market more quickly in the event of federal legalization. The acquisition will create a larger and more diversified leading global cannabis company. Aphria believes the combination will provide several financial and strategic benefits, including the following:

Generates Significant Cross-Selling Opportunities while Expanding Aphria’s Addressable Market in both the U.S. and Canada:
The combination of Aphria’s existing cannabis business with SweetWater’s craft brewing business is expected to expand Aphria’s addressable market. According to Brewers Association, 2019 retail dollar sales of craft beer in the U.S. was $29.3 billion. Aphria’s acquisition of SweetWater Brewing Company will provide a robust, profitable platform for future growth and development in the U.S. market.  Aphria believes the acquisition will position it to introduce and build brand awareness of, and equity in, its existing adult-use cannabis brands Broken Coast, Good Supply, Riff and Solei in the U.S. by leveraging SweetWater Brewing Company’s manufacturing and distribution infrastructure.  The explosive growth of SweetWater’s Strain series, launched in 2018, showcases its cultivated reputation for innovation, staying at the forefront of the industry and current with craft and consumer trends.  Leveraging SweetWater’s innovation knowledge and expertise, Aphria plans to introduce its brands via craft beers and other beverages as well as other non-alcoholic products as it seeks to take advantage of opportunities for both the adult-use and health and wellbeing beverage trends. Similarly, Aphria will be able to enter the Canadian beverage alcohol sector to distribute and sell SweetWater’s 420 brand and other beverage offerings in Canada. In addition, SweetWater’s innovation pipeline includes entry into the rapidly growing hard seltzer category, which is being fueled by millennials, an important demographic.

Opportunity for Accelerated Entry into the U.S. Cannabis Market, Subject to Federal Legalization:
Aphria believes the acquisition of SweetWater is the cornerstone of its longer-term U.S. strategy and an important step towards achieving its vision to change people’s lives for the better by inspiring and empowering the worldwide community to live their very best life.  SweetWater’s existing infrastructure can be leveraged to accelerate Aphria’s entry into the U.S. ahead of federal legalization of cannabis. The acquisition also provides the addition of key partnerships with leading U.S. distributors, retailers and on-premises customers strengthening Aphria’s ability to develop new distribution in the U.S. for its products.

Addition of an Experienced Executive Team:
The acquisition will expand Aphria’s leadership team through the addition of SweetWater’s talented group of executives who have substantial operational experience in the craft brewing and beverage industry and a proven track record of developing, building and growing strong consumer brands. SweetWater’s management team will remain in place along with approximately 125 employees. Freddy Bensch will continue as Chief Executive Officer of the wholly owned subsidiary, reporting directly to Irwin D. Simon, reflecting the commitment and belief of both companies in the future success of the combined company. Freddy Bensch will enter into a consulting agreement that will continue until the end of calendar 2023, subject to renewals.

Agreement Details
Under the terms of the Agreement, SweetWater will become a wholly owned subsidiary of Aphria.   The unitholders of SweetWater will receive $250 million in cash and approximately $50 million in Aphria stock at closing and are eligible to receive up to $66 million of additional cash under an earnout through the end of calendar year 2023.  The initial transaction value represents approximately 12.5x adjusted EBITDA multiple and it is expected to close before the end of December 2020.

The Agreement contains customary terms and conditions for a transaction of this nature, including representations and warranties of both Aphria and SweetWater, termination rights and customary closing conditions, including (i) HSR clearance (ii) no governmental authority shall have enacted any order prohibiting the completion of the acquisition, (iii) no material adverse effect in respect of the SweetWater business, and (iv) the accuracy of each party’s representations and warranties and each party’s material compliance with its covenants and agreements contained in the Agreement.  For further information on the terms and conditions of the acquisition, please refer to the entire Agreement available on SEDAR at www.sedar.com and on EDGAR at www.sec.gov.

Aphria expects to finance the cash component of the purchase price under the Agreement through (i) a committed $100 million term debt facility at the SweetWater level to be provided by certain of Aphria’s and SweetWater’s existing lenders, (ii) accessing up to $100 million from its existing $100 million At-The-Market (“ATM”) equity program, and (iii) available cash on hand.  Aphria has sufficient cash on hand to fund the acquisition.