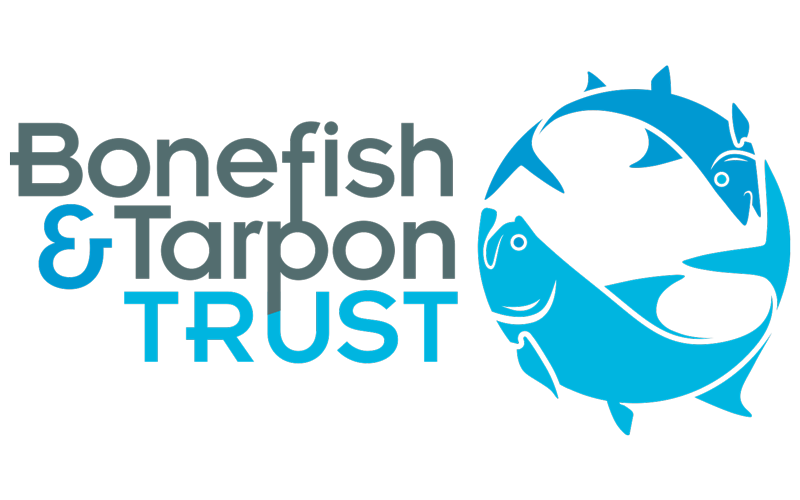 From the fish to the guide to the community, Bonefish & Tarpon Trust works to conserve bonefish, tarpon and permit—the species, their habitats and the larger fisheries they comprise. BTT pursues its mission across the southeastern US, Gulf of Mexico, and Caribbean through science-based conservation, education and advocacy. Here at SweetWater, the outdoors (and fishin’) have been in our DNA since day one.

We sat down with Dr. Ross Boucek, our BFF at BTT, to learn more about the importance of conserving and restoring fisheries for guides and communities and the incredible work Bonefish & Tarpon Trust is doing. Dr. Boucek, the Florida Keys Initiative Manager for BTT, studies the biology of fisheries and works with the angling community and BTT’s partners to conserve our Florida Keys fishery for generations of anglers to come.

BTT is working to improve regulations to ensure a healthy tarpon fishery throughout the Gulf of Mexico, Southeast US and Caribbean. Dr. Ross explains, “The goal of the BTT is to make sure fisheries are world class through protecting healthy flats fisheries and restoring those in decline.”

Often called the Silver King, tarpon are ancient creatures and one of the most sought out fish to catch – they fight well, making them hard to reel in, and are known for their acrobatics leaps. But the degradation of important habitat and unsafe fishing and handling practice threaten the population and the fishery as a whole. BTT is working to address these threats to tarpon through restoring juvenile tarpon habitats in Florida and by educating the public about the best tarpon handling practices.

But the impact of BTT goes well beyond just the fish.

“Down in the Florida Keys, 60% of revenue is related to tourism,” says Boucek. “People from all over the world come to fish in the Keys. The Florida Keys are known for big trophy fish, and we’re the Mecca for big fish and it’s important to keep that title.” In the Keys, a visitor can get that tropical experience without leaving the country, making this a prime spot for tourism and fishing. We did the math and no fish = no work. If the bonefish population continues to decline, the economy of this tourism industry will decline as well, affecting the jobs of local guides.

SweetWater has partnered with BTT since 2014 in order to help raise funds and awareness for their mission in protecting and restoring bonefish, tarpon and permit populations. In previous years, we’ve participated in Juvenile Tarpon Tagging Efforts, while also sponsoring PIT tags and antenna arrays that gathered data on tarpon growth and survival rates.

This year, SweetWater is on a mission to get folks back out to the great outdoors. Whether it’s fishin’ or floatin’, it’s time to reconnect and rediscover people, places, and planet. “There’s nothing better than getting back out on the flats, fishing for tarpon, bonefish and permit, but doing it in a way that’s sustainable and aligns with our values here at SweetWater, and leaving ‘em better than ya found ‘em!” says Brian Miesieski, CMO at SweetWater. “SweetWater loves supporting BTT’s work, because we recognize the importance of protecting and restoring these incredible species for future generations of fishermen.”

BTT is helping folks Re-Up their summer this year through hosting the Biscayne Bay tournament and gettin’ back out on the water. Cause we all need a Re-Up this summer! 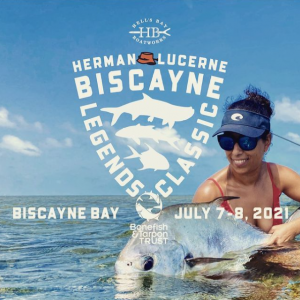 The upcoming, first-ever Herman Lucerne Biscayne Legends Classic fishing tournament will bring in 25 of the most influential guides and anglers, with a goal to raise a ton of money for Biscayne Bay. This tournament will be held July 7-8 and it is a new kind of tournament for a new commitment to Biscayne Bay conservation. It will focus on catching the “slam” – a.k.a. one of each species of bonefish, tarpon, and permit. Instead of it being a numbers game, the “slam” format takes the pressure off the resource. Also, the tournament is spread out all over the Keys, so it’s not concentrated into one small area, further driving the sustainable best practices. And a scoring bonus is available based on a shoreline trash clean-up the day of the tournament, adding another dimension of hands-on activism in support of the Bay.

This year’s tournament will hold new rules to ensure the safety of the targeted species: tarpon, bonefish, and permit. The tournament’s rules say you gotta keep the fish in the water. They’re even offering 30 minutes off the time of any competitor who brings back a full bag of trash. Leave it better than ya found it!

So what can you do? You can help preserve these fisheries by becoming members of BTT, signing petitions, trash cleanups, attend town hall meetings, and most importantly, practicing best catch and release practices. Yep, that means putting down the phone and taking a few less pics for the ‘Gram in order to get that fish back in the water quickly.

When he’s not restoring fisheries and protecting our planet, you can find Dr. Ross sippin’ on a SweetWater G13 IPA down in the Biscayne Bay. For more info on all the great stuff that BTT does, check out: bonefishtarpontrust.org.