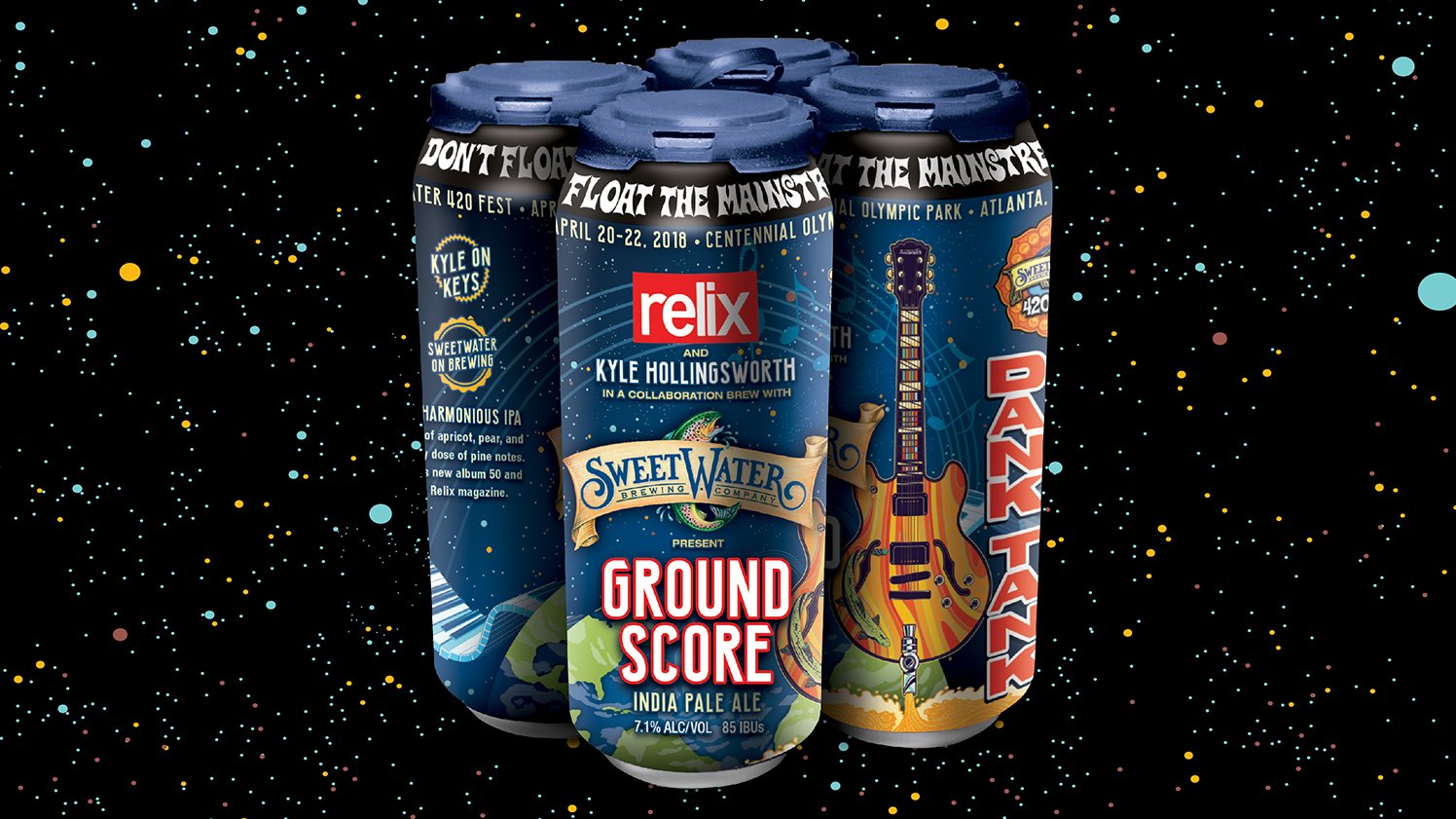 We’ve teamed up with Relix and Kyle Hollingsworth to bring you a haze-bomb of a brew: Ground Score IPA. This bad boy’s packed with El Dorado, Citra, Amarillo, and Idaho 7 hops that will sure hit your tastebuds with a hell of a lot of flavor. At a 7.1% ABV, Ground Score IPA is big, bold, and drinkable beer. Our head brewer Nick Nock describes the color as “a sunset right before the big flash,” attributing it to the malt bill of 2 Row, flaked wheat and English Premium malts.  The flaked wheat gives Ground Score its blurred clarity and a nice frothy head, while the English Premium adds a slight sweetness of orange blossom honey.

You can get your hands on it first at the Ground Score launch party at Brooklyn Bowl on February 7th. The launch will have a live performance by Big Something and a round table between Kyle, Relix editor Dean Budnick, SweetWater head brewer Nick Nock, and Crosby Hop Farm‘s Zak Schroerlucke. Oh, and can’t forget that happy hour between 6-8pm, boasting half-price pours and a tasting. On top of it all, there will be a free raffle for VIP Tickets to go see Hollingsworth jam with The String Cheese Incident at 420 Fest in April. Check it out for more details on the launch party at Brooklyn Bowl: click here.

As a part of our Dank Tank series, Ground Score IPA will be available starting the second week of February. You’ll be able to find it in retail or at the brewery on draft and 4-pack 16 oz cans while it lasts. If you’re headed to 420 Fest, you’ll be able to hunt it down at the festival –  be sure to drink one while The String Cheese Incident is tearing up the stage. Don’t have tickets yet? Find ’em here: click here.

To hear more about our collaboration with Kyle and Relix, head on over to Relix.com, or click here.