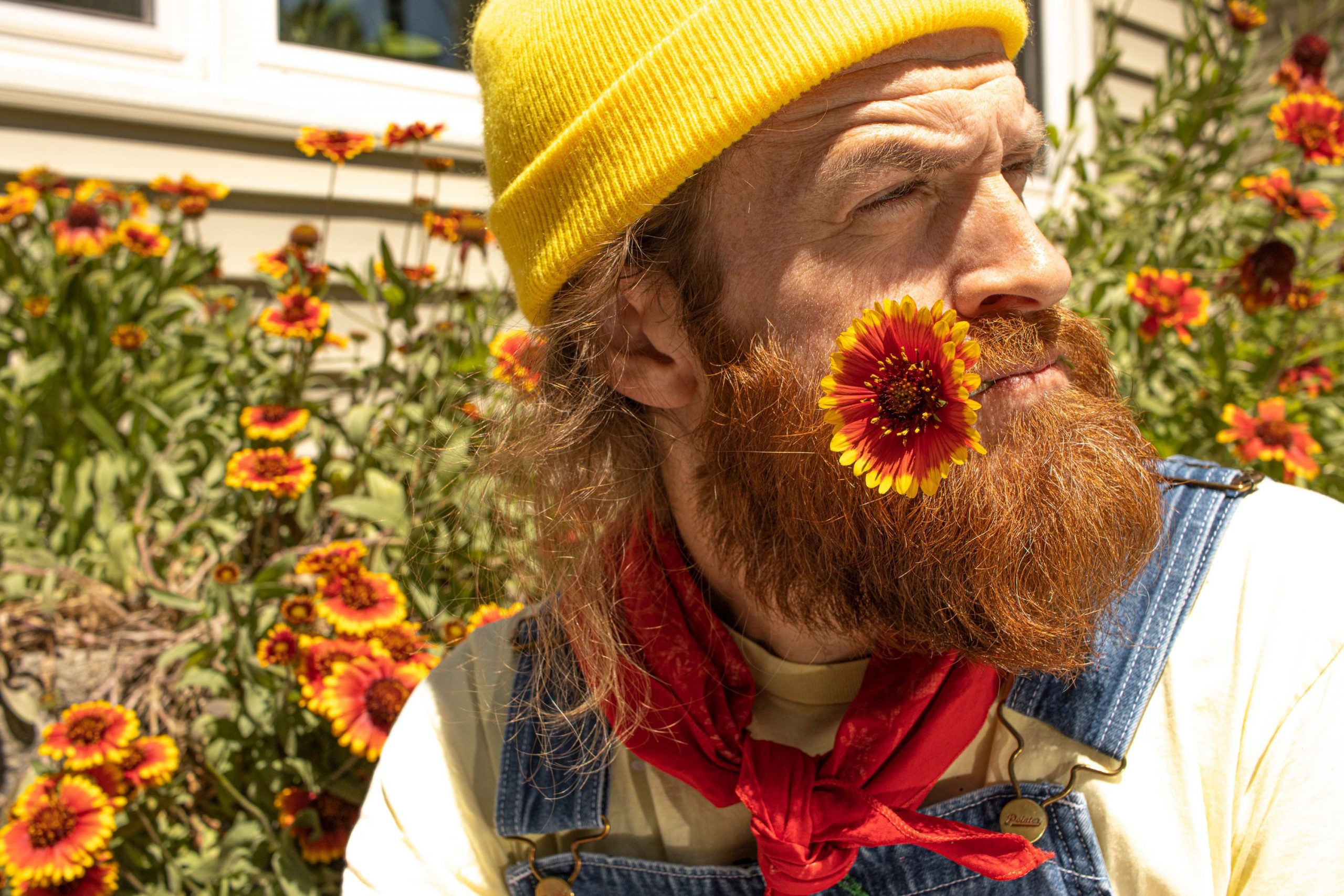 We asked our good buddy artist Kyle Brooks aka BlackCatTips to put together a playlist for us. Here are his picks along with a bit on why he picked ’em. Spotify playlist available here.

While you listen, be sure to check out his illustrated book – Smile a While!

SweetWater asked me to create a playlist and to write a bit about it. Perhaps I thought too much or way too little. Where in the list is Led Zeppelin’s Tangerine or Children of Children by Jason Isbell? My Morning Jacket? Mazzy Star?

These are songs that came to me as I painted on a polleny spring afternoon near Arabia Mountain. I haven’t left home in days. Perhaps that is why my list flows as it does.I like so many types of music and songs but these are the ones I collected today.

Music is a spirit written collectively by those of like mind — A flowing spirit that connects those who are tuned into certain frequencies. I am not talking about AM or FM but a signal from high above and way out yonder. A signal of musical beauty intended for you and me — Today and right now.

Smile by Pearl Jam from the album No Code

“ I miss you already.” Sometimes my ol’ heart is full of missing and melancholy. This line always gets me feelings many things but really I just wanna smile in the springtime sun.


City Music by Kevin Morby from the album City Music

A wonderful song and even a more superb video to complement it. This song makes me feel so good. It makes my little boy want to dance with me. It is a song that travels through time. I like to dance with my boy. He makes me laugh in my heart.

A church hymn sung by a man at church at night with no one else there and 3/4 a broken heart.


Keep On Lying by Tame Impala from the album Lonerism

A multi-colored conveyor belt pulling me into a dream. Laying on my bed and I feel like the room and my bed are really big and wide but I open my eyes and it is all really super small.


Homeward Bound by Simon and Garfunkel from the album Parsley, Sage, Rosemary and Thyme

I did not have a current appreciation for early Simon and Garfunkel music. The other day I played their first couple albums, Bookends and Sounds of Silence, and realized I needed to change my listening ways. What a great song — A man rethinking life as he rides on a bus through the Midwest. It makes me want to wear an old thick shirt and ride a bus out to Sioux City.

Inside Out by Spoon from the album They Want My Soul

A great song from a great album. It fills the air with spacey rock sounds and beats. Whatever you want to call this pop rock song is fine with me because I really like it. One time I knew a guy that looked like the singer for Spoon and in the dark of night he stepped into a goldfish pond behind someone’s house at a wedding in Rhode Island.


Waiting On A Call by FutureBirds from the album Teamwork

Sometimes a song finds you. A rolling list of songs plays and you hear one and stop and say, “Ahhhh.” This song is one of those. Another good example is Bright Leaves by Wilco. These moments usually happen at night while I am painting. I don’t know why but lonely songs speak to me. Sometimes they speak too much and I have to change the song I was playing. This one by the FutureBirds is mighty fine. I even wrote the fella that sings it to tell him so.


Cosmic Charlie by Grateful Dead from the album Aoxomoxoa

I found this album to be a secret gem. At least it was a secret to me. For some reason I was not aware of it. The name kept me away even after I had seen the cover art. I should have just pushed PLAY. Songs like Cosmic Charlie carry my soul on over the hill in a fun-time wheelbarrow. Grateful Dead has a way to make me feel good on nice afternoons.


Magic Man by Heart from the album Dreamboat Annie

I had a dream. I had a flashback to another life. I was smoking cigs in a rust-colored Camaro in a K-Mart parking lot in mid-October about 6:30 in the PM. My windows were rolled down. I was parked out toward the big hill of grass and away from the carts. A spooky breeze of blue air flowed down my arm and out the other window. The Magic Man. Play it again please.


Agoraphobia by DeerHunter from the album Microcastle

I was at the mall on roller skates. I felt all over like you do when you look at some freshly spun cotton candy. Pink and sweet and the lights were spinning round and round. What a wonderful sound. The mirror ball. Shiny and round. Turning above. Shining on down. One time the singer for DeerHunter bought a lot of my old CD’s at the a flea market at the Starlight Drive-In. I asked him about a pigs head. Ahhhh memories.

In the Moment  by Jim James from the album Eternally Even

This is an evening song. It is for the last 2 hours of the day. In the Moment is a song for after you have done the dishes and swept the floor. The brown sofa feels cozy on your arms. The carpet feels good between your toes. A mustached-man appears in your kitchen in a mysterious spotlight and plays a golden horn solo. Then hopefully he promptly nods goodbye and leaves so you can get back to relaxing by yourself. At least I hope he does.